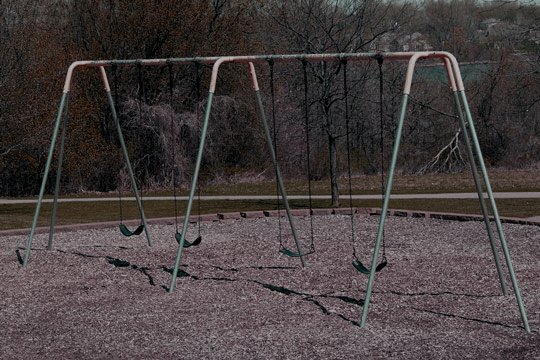 The dog has been digging. He tracked in the evidence last night, mud and grass caked under his claws. It was too dark to see anything, though, even with the back lights turned on, so I waited. No excuse now. The sun is high, the light is bright, and if this fathead gets out and […]

Another thing that didn’t make it to bogleech’s cook-off. The struggle of writing a butcher character that could be sympathetic, even to those who don’t believe in meat, gave rise to something far different from what I originally intended. Heredity, rules, and, of course, duty, are the themes of this horror piece. WARNING: it’s about a slaughterhouse, so animal death, slaughter, and loads of gore await.

Two girls, a damn big truck, and an endless nightmare as they race to escape the inevitable.

Lots of the imagery in this one is based on things I’ve seen, or thought I saw, while sitting in the back of my Dad’s pick-up. I wrote it for bogleech’s creepypasta cook-off but I missed the deadline due to family stuff, so here it is, published fresh for you!